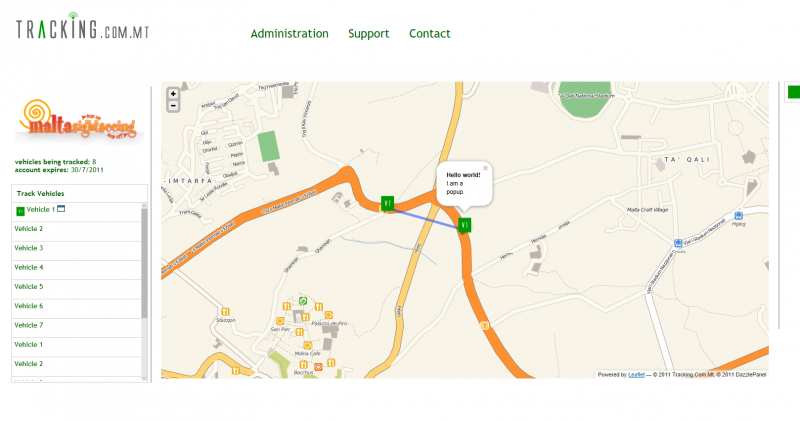 Why telematics and tracking?

During my time at university, we were assigned a project, for which we had to choose what we wanted to focus on. One of the choices was that of designing and developing an Intelligent Bus System (you know, for the fictional perfect public transport which had to start operations soon – Arriva).

So I went ahead, started researching and looking around to see what already exists, what is missing, and what I can do to achieve a good mark! Do you know how GPS coordinates are found? It is very interesting! It all comes down to a form of triangulation. Where satellites orbiting the earth send out signals based on the distance. The GPS receiver then calculates various distances from the different satellites, and where they cross, that is your position! (wow, that is one bad explanation).

Anyway, it intrigued me.

I asked around the local scenes on what is missing, what makes bus and coach operators’ lives hell. It all came down to having the most ridiculous and slow tracking system. A tracking system should be live, but instead, all tracking solutions available updated every 5 minutes, and the update would be received late anyway. WHAT?! Yeah. So anyone trying to manage a fleet of cars or buses, would rather call the drivers anyway. Also tracking was horribly expensive.

What did I do? First I designed and developed a server application, a web application and a mobile application. I did basic tracking features through the phone’s GPS, and Supreme Travel were kind enough to give me their hop-on hop-off routes which were scheduled. Using this information, I created passenger information. The mobile app provided the user in real-time where the closest hop-on stage was, and the ETA of the next bus. The app was able to plot the path to the stage on a map, or tell the user that he won’t make it in time, and recommend either finding another stage, or a point of interest he can visit until then next bus. The server application processed all the information, so the mobile app had no processing to do, and neither the hardware on the bus. Everything is sent to to the server, and it handles everything.     The client desktop app would show two interfaces- the live position of the vehicle on a map, ETAs and a list of stages it has gone through. The second interface, allowed the user/admin to put in new routes, change schedules, and other administrative tasks.

What happened to this project? I handed it over to university. One of the requirements was to print out the code, which I did. I still lost 10 marks. Why? I didn’t number the pages where the code was printed. Anyway, I’ve lost it now.

Wait, Off topic? Not really 🙂 Along the way of making this project, I got to meat with many people in the transport industry who were dying (no, not literally, but close enough) for a proper tracking system. Two of them pressed me – “if we like what you do, we’ll switch no questions asked”. So over the next summer months, I asked a friend for some help, and got a tracking system working, nearly-real-time – we had a 30second interval update, not too bad for two 17 year olds. Before we even completely finished it off, or even started testing, the 2 companies called me up – “listen, we’ve got 50 vehicles, for the public transport, come install them. You’ve got one month”. Within one month, I hired an auto-electrician, set up and installed tracking devices on each vehicle and launched the beta version of the system. I had to get all the devices replaced within a few months, but still, that started the whole tracking (empire?) for me 🙂 Take a look here about our latest telematic gps tracking project.

Since then (2011), we install loads of new vehicles every month, and it is no longer a 32 second interval, but we update as soon as it happens.  By the way, the image with this post is one of the design proposals. It never went live 🙂 Sadly, I can’t find the very first system I had done. We had many iterations over the past years, and we have now stuck to the current design, as our clients seem to love it best 🙂

I found something of the first design launched! 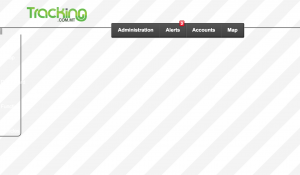 When I'm not coding away, I'm either making a coffee, or eating! I'm full of ideas and try find time to implement at least some of them. I work as a senior PHP developer, and operate my businesses at Dazzle Panel and Track Link Limited.

Its all about me!

I was Born in 4th December 1992, and lived in Swieqi for a couple of years before moving to Sliema (both towns in Malta). I travel often, enjoy meeting new people, learning more about cultures and other stuff - you know, the usual reasons. Before turning 18, I launched my IT consulting and web software development business at Dazzle Panel. Upon turning 18 years-old, I launched my GPS tracking business and by 23 continued to grow it to DP:Tracking, now tracking hundreds of coaches and vehicles and achieved a B.S.c. (Melit) ICT in CS and AI, and a M.S.c. (herts) Software Engineering. On 2nd April 2016, my father, sadly, passed away. I took over management of his company selling IT hardware and consumables.